This article was written by Madyson Roye and Makayla Purvis

With Halloween less than a week away, it’s only right that we look back on our favorite spooky episodes from the sitcoms we know and love. These shows captured the different experiences of our community and used the spirit of Halloween to bring us laughter, tears, and a little bit of fear.

The episodes discussed in this article will not be listed in any particular order. Enjoy the read and let us know which one is your favorite and why! 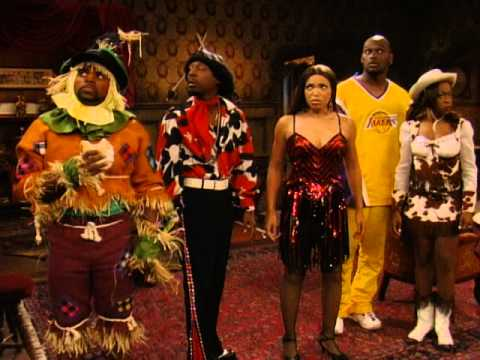 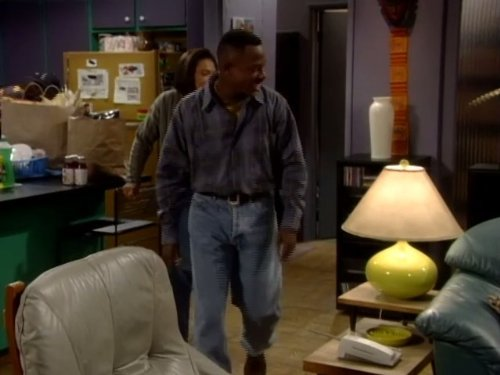 Martin, which is centered around the lives of Martin Payne and his friends, is a classic black sitcom that is widely known in the community and infamous for the humor that each character brought to screen. Like many other sitcoms, this show ran for a decent amount of seasons (5 to be exact) so it only makes sense for there to be not one, but two funny and frightening episodes dedicated to Halloween. The first pictured episode, titled “The Night He Came Home”, features Martin and the gang commemorating Halloween by trying to perform a seance. The results of this experience can only be truly enjoyed by tuning in to the full episode! Later in the show, the cast of Martin gave us another Halloween episode in which the main characters celebrate their halloween and Martin’s search for a new home simultaneously. These features a visit to a home that Martin’s character is thinking of buying…again, the way this unfolds can’t be explained with words.

Where Can I Stream It?

Recurring characters include Kim’s father and Nikki’s ex-husband “Mel Parker” also played by the late Thomas Mikal Ford. Including these episodes, there have also been cameos in the show by other Moesha characters such as: “Moesha” herself, her and Kim’s friend “Niecy Jackson” (played by Shar Jackson), and another friend “Hakeem Campbell” (played by the late Lamont Bentley, May he Rest in Peace). 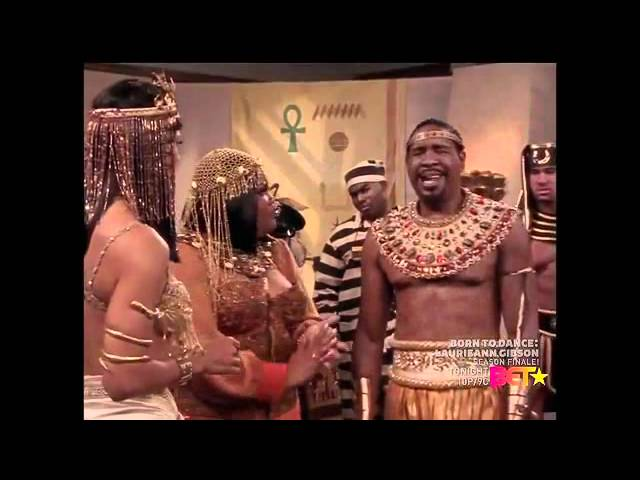 With The Parkers recently being added to Netflix’s catalog, the show has been trending frequently on Twitter and getting a lot of streams. Twitter users reminisce on their favorite episodes, which definitely include the Halloween segments. Like Martin, The Parkers has aired more than one Halloween episode, both of which are super funny and very popular within the black community.

“One on One” is a classic black sitcom about the growth of a father daughter relationship. After Breanna’s mother moves away, Flex takes in Breanna and realizes that he has to be more strict as he has always been known to her as the “cool dad”. It’s a show known for its iconic theme song, stylish outfits, comedic moments, and advice for different life situations.

Before Halloween is over, dive into these spooky episodes and have a good laugh:

Besides Flex and Breanna, the other main characters are their close friends such as: Arnaz Ballard (played by Robert Ri’chard), Spirit Jones (played by Sicily), and Duane Odell Knox (played by Kelly Perine).

The show recently came out this month on Netflix so definitely take the time to binge watch and remember what life was like in the early 2000s.

Although “The Game” does not have any Halloween specific episodes, it deserves an honorary mention as not only is it a good show but it’s also a spinoff of the classic sitcom “Girlfriends”. It stars Joan’s (from “Girlfriends”) cousin, Melanie Barnett, who passed on an opportunity to go to John Hopkins medical school in order to support her rookie star player boyfriend, Derwin Davis. In San Diego, she learns the ropes of what it takes to be the girlfriend of a professional athlete from two women who know the game the best, Tasha Mack and Kelly Pitts.

Tasha Mack is a single mother who raised her son to become the star quarterback of the San Diego Sabers team. Kelly Pitts is the wife of another star player and the leader of the Sunbeams, a women support group for the athletes.

Although the show did take a turn for the worst after BET grabbed it from the CW, the first few seasons taught viewers a lot about toxic relationships, the pressures athletes go through, and provided comedic relief even in the most intense situations.

You can stream this comedic drama on both Netflix (three seasons) and Hulu (all nine seasons).