Both Republican incumbent, Donald J Trump, and former VP and Democratic candidate, Joe Biden met on the debate stage one last time at  Belmont University in Nashville, TN. This is after the second debate, scheduled for October 15th, was canceled amid Donald Trump having COVID which forced him to be hospitalized.

This debate focused on a variety of topics that spanned from Coronavirus relief programs to the continuous racism that is occurring in the county.

Trump mentioned early on that a vaccine will be available before the year is up and it’s something that companies such as Johnson & Johnson are working on around the clock as well as working closely with European countries.

Biden on the other hand criticized Trump early on during the debate about his lack of ability in leadership and sound leadership when he first heard about the devastating impact COVID-19 could have on the American people.

“220,000 Americans dead…anyone responsible for that many deaths should not be president of the United States.”

Biden ensured that as President, he would work closely with scientists to make sure that a safe and effective vaccine is available and if there is another spike, work with health officials to make a timely decision on closing the U.S. amid another rise in COVID cases.

Recent reports circulated news outlets in regards to threats of voter tampering by both Russia and Iran.

As the question was posed about the threat of security among elections, Joe Biden emphasized that any country who tampers with the United States elections will be held accountable.

“It’s been overly clear that this election-I won’t even get into the last one, that Russia has been involved, China has been involved to some degree and now we learned that Iran is involved. They will pay a price if I am elected! They are messing with American sovereignty.” 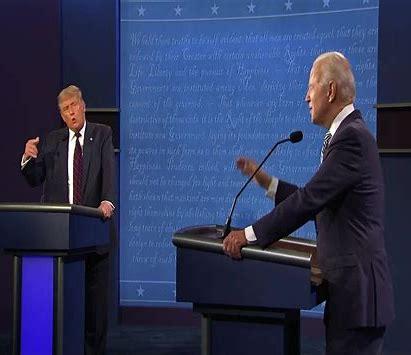 Joe also took a stab at Trump saying that he has done nothing to protect American sovereignty in these elections by not talking to Russia’s president, Vladimir Putin.

Trump claimed that Joe received a lump sum of money from Russia. Three and half million to be exact. Explaining that it came through Putin himself and it was something that was received directly to his family.

Biden fought back against Trump’s claim by saying he has not received a dime from a foreign source as well as asserting that Trump has been bribed by Ukrainian officials in the past.

Trump wasted no time early on in this segment to take jabs at how inconsistent ObamaCare was to the American people. He said that he terminated the mandate that made ObamaCare so “terrible.” This is, according to Trump, where you have to pay a fortune for the service in the promise of not getting bad health care.

“I made a decision. Run it as well as you can to my people-my great people…premiums are down.”

Trump exclaimed that the Democrats will have no choice but follow his new replacement on healthcare because he feels very confident about the taking of both the House and the Senate this election cycle. Trump also claimed if the court doesn’t allow the removal of it, he will keep ObamaCare, however, it will be regulated more efficiently. 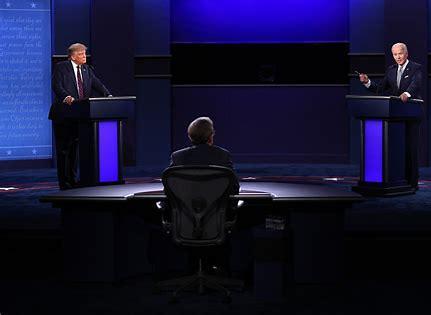 Biden pursued the idea of a Public Option on Healthcare called, “BidenCare.” In short, this is the support of working with private insurances to ensure that the American people have multiple options on different healthcare plans.

“The public option would be if you qualify for Medicaid and do not have the wherewithal in your state to get Medicaid, you are automatically enrolled, providing competition.”

Biden also elaborated saying that he will make sure that premiums are reduced as well as drug prices.

This debate, according to political analyzers, says that this debate did little to change a potential voter’s mind. It is important to use your American right to exercise your right to vote. If you have not already done so, please participate in the early voting process and check your nearest polling station at:

The ending of early voting may differ based on the county so it is crucial that voters keep track of deadlines to vote by visiting their particular counties’ voting site.

*Please note that this article is only an analysis of the election and does not represent all of the talking points and topics discussed in the debate. To view the full debate, click here.