On September 10th, students at Florida Atlantic University came together to let their voices be heard about the continuous injustices that have been happening around the country. It has been three months since the death of George Floyd and while the media has shifted the coverage, cities such as Portland, are still protesting to this day.

Protest organizer, Madyson Roye, is a current junior majoring in nursing here at FAU. Her passion and drive for the health and safety of the black community led her to start a campus-wide protest. Alongside individuals like Kennedy McKinney, president of BSU and Paradigm Press, Madyson had a great amount of help bringing this to life. Seeing the great turnout, I had to ask Madyson why she decided to do this. 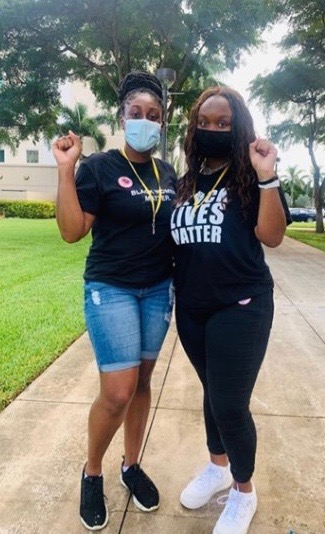 “…This fueled a need for me to do something. I saw myself logging onto social media and not only seeing the decline in advocacy for the movement but also seeing posts that reminded me of stolen black lives that have yet to meet justice. I grew discouraged and felt a need to do my part… I saw it as a way to reinstall hope into our community and remind us that we can be strong and create change in any space. And then along the way, as I went through the process of planning I stayed motivated with the support of others.” – Madyson Roye

Madyson received help from numerous organizations on campus that were also salient in the protest that took place this past Thursday. The on-campus organizations include:

Furthermore, none of this could have been possible without the assistance of FAU’s Center for IDEAs coordinator David Bynes, as well as the FAU Police Department.

Despite scattered rains, students and community leaders still came to the protest. The route of the march went from the housing lawn, down near the library, and back through the Breezeway. 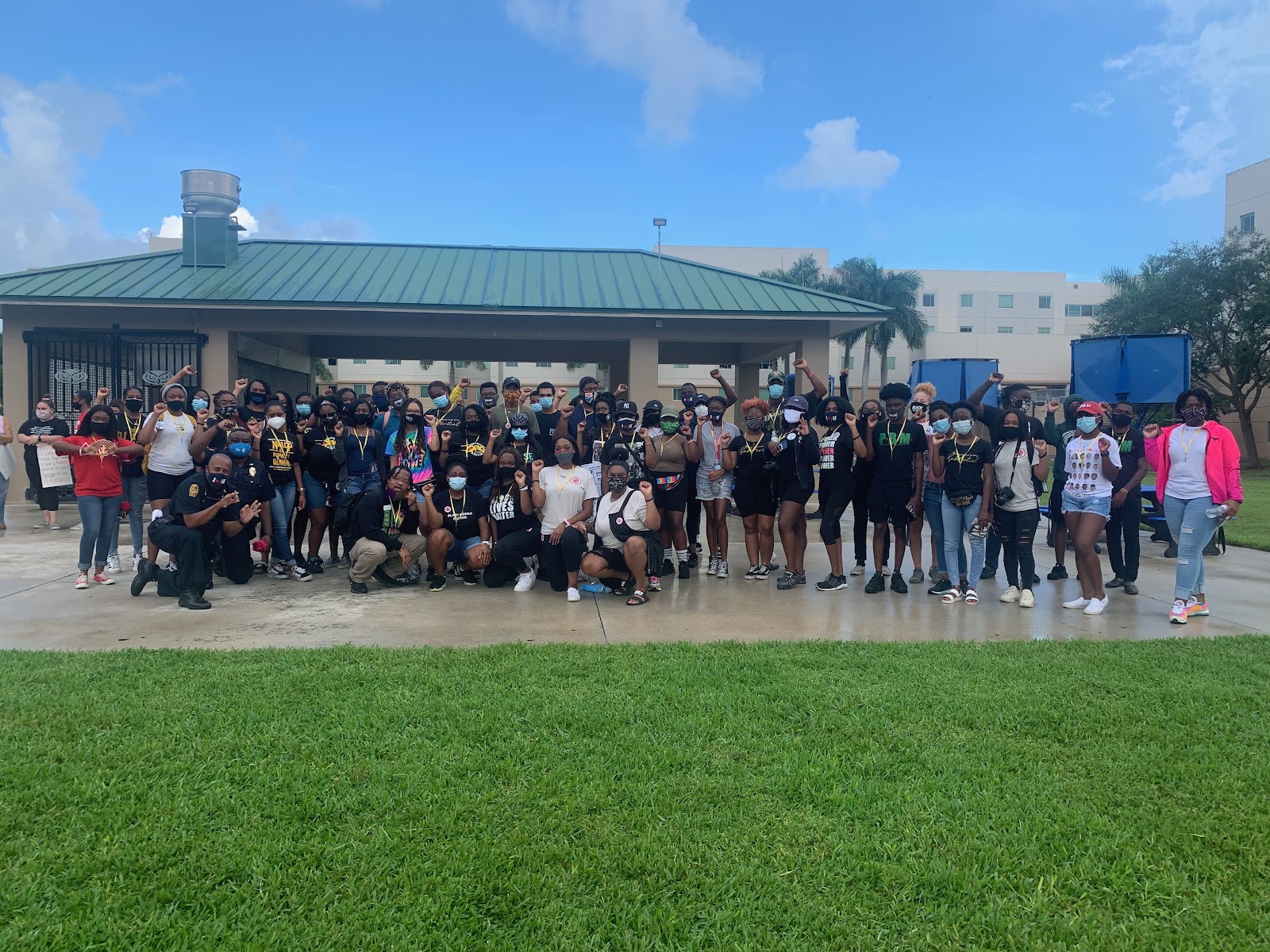 FAU students saw this protest as a golden opportunity to have those that do not know about the movement be educated as well as spread black love around campus and the local community.

“Give us a platform to express ourselves and opportunity and educate people about the injustices in our everyday lives.” – Anonymous

“It is an important way for others and myself to know what it may mean to be black as well as how we’re perceived. I hope that not only society is trying to see what we are trying to do but FAU in general.” – Anonymous

“This protest to me is an example of affirmation. Everyone here is in agreeance with being sick of injustice. There are people in this university that are cautious of what’s going on in this world. They took the time to make awareness of it. I hope that people are educated and learned something new. I know I am not alone and there is knowledge everywhere and everyone has their heart in the right place.” – Wayne

“This protest means a lot because I am a black man in America, although I have not been personally victimized by our police force I am sympathetic towards those who have and I could just as easily be in that position and I feel as though it’s my civil duty to stand for what’s right.” – Jadon

“I really do appreciate all of the work that was put in for this cause. Having two older brothers, I constantly worry about their safety while doing everyday things. I’m so thankful that we had such a great turn out by a variety of members on campus because that puts my mind at ease to know there are other people out there that care for Black Lives as much as I do.” – Toni 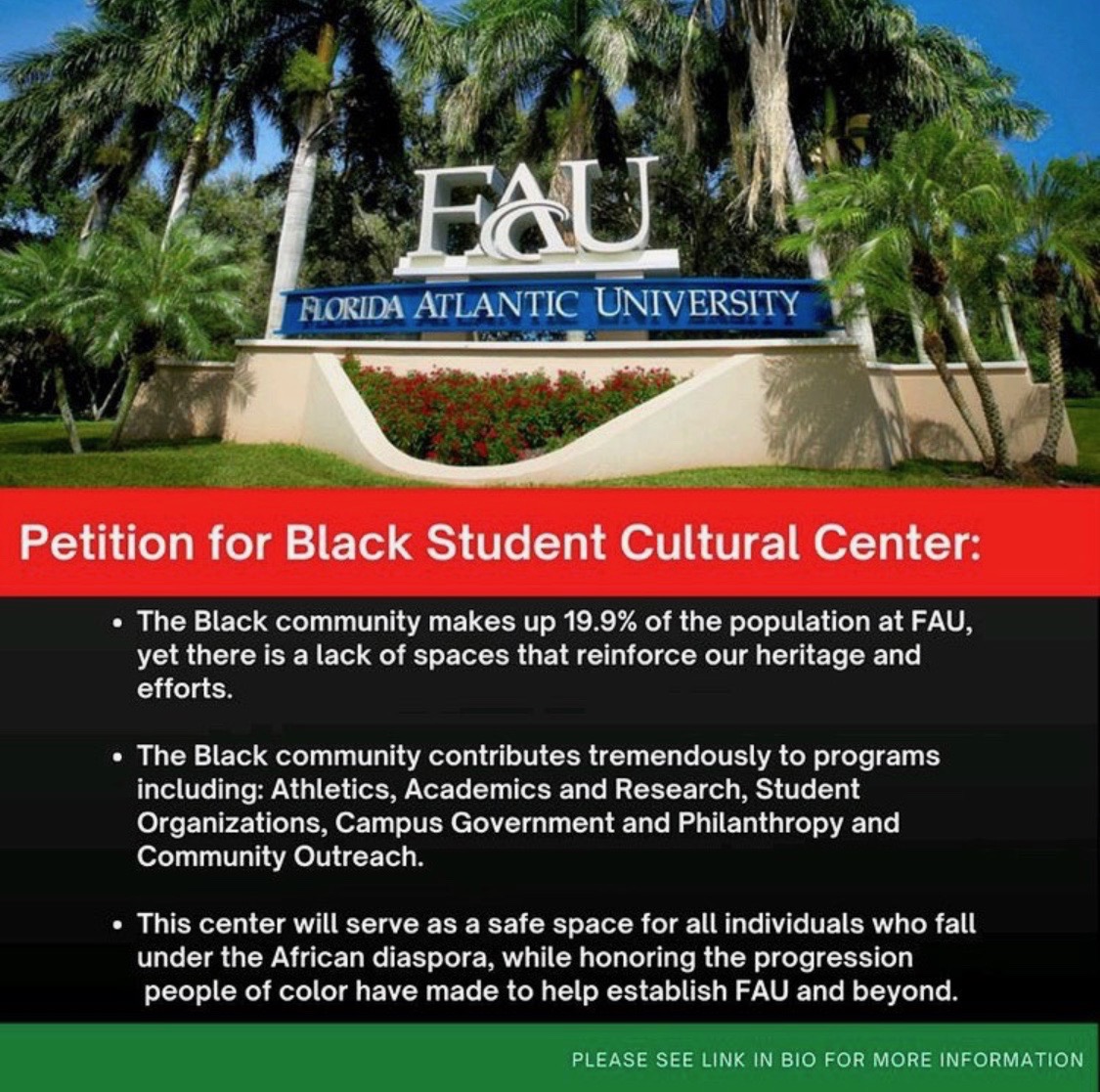 This protest is only the first of many steps towards justice among those affected by systemic racism in this country. Within FAU, there are numerous petitions that still need to be signed. Some of these petitions include allowing for the creation of a Black Student Cultural Center along with justice for Breonna Taylor, Jacob Blake, and Tamir Rice.

The petition(s) link is below:

Nationally, election time is right around the corner and it is the perfect opportunity for voices to be heard and understood. It is imperative that voters treat local elections just as important as the presidential race. Below are important dates that voters should mark on their calendar: 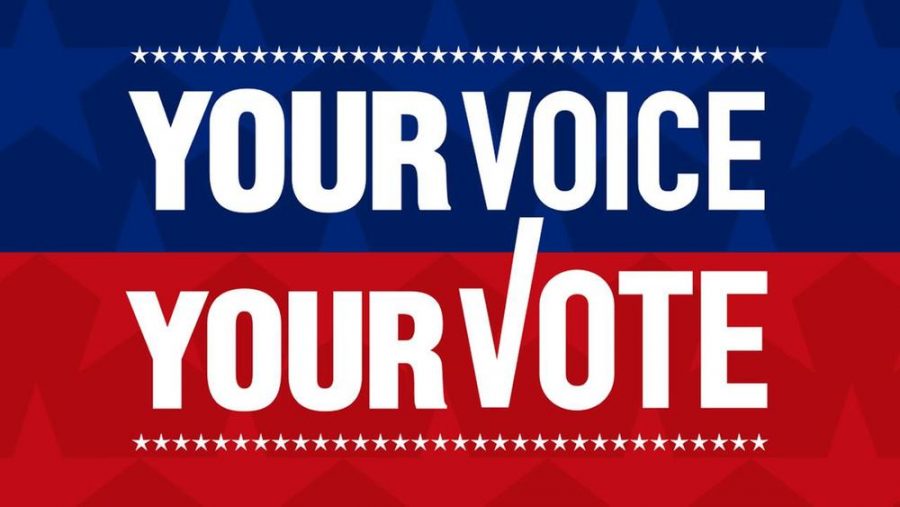 * For specific dates in regards to your particular county, check your supervisor of elections*