Attending a PWI (predominantly white institution) can either be something that excludes black people from spaces or motivates us to create our own. So that raises the question: “Are we invisible on campus?” 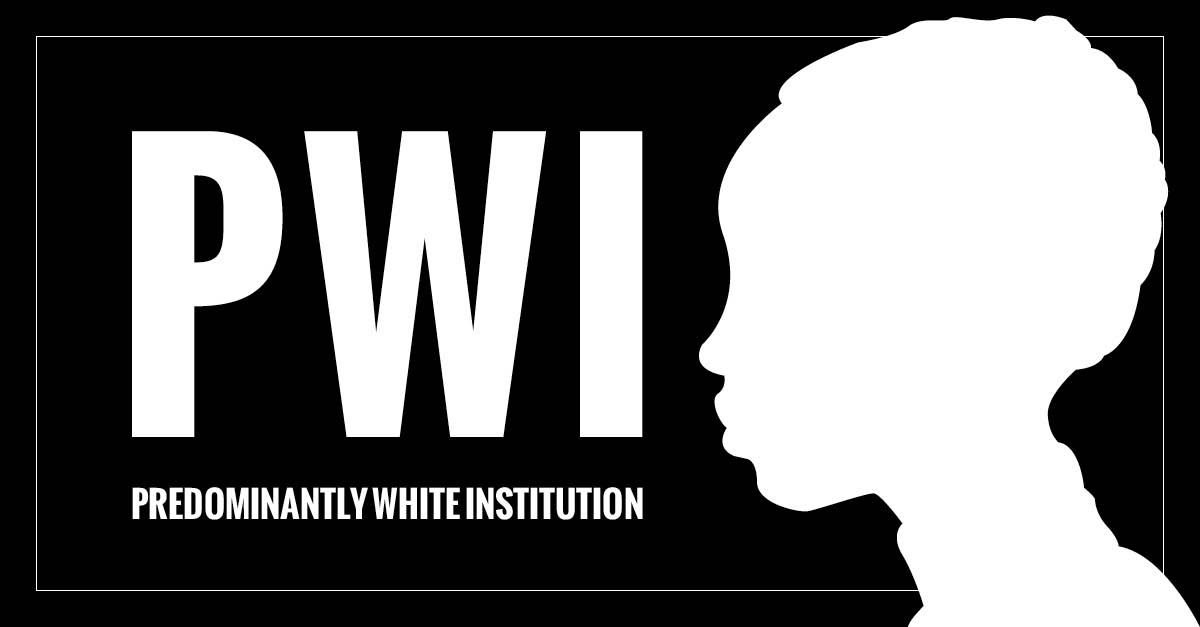 The racial distribution of PWIs usually reflects that of the country we live in, where those who identify as Black or African-American are the minority. Specifically for FAU, about 20% of the students that go here are of Black/African descent.

FAU is the most diverse public institution in the state of Florida, with 57% totaling the amount of all minorities that attend. However, there is still a huge difference when you compare separate ethnic percentages with the 43% of white students. This being said, the statistics support the fact that we, as black individuals, are the minority.

Being minorities in respect to the topic of being seen, technically means there’s less of us to be seen in the first place. Invisibility and the issue of being seen goes beyond being physically noticed but also culturally understood and included in the dynamics of every setting in which we are present. All of this means that in order to be seen and recognized on this campus, we need representation. This transforms the issue of being invisible to being misrepresented or underrepresented.

After collecting input from random Black FAU students, I noticed mixed opinions regarding the concern of representation.

How would you describe your experience of going to a predominantly white school?

Answer 1: “Initially, my experience was rough. I had a hard time making long-lasting connections and finding my tribe but I’m now more involved with Black FAU and things are looking up. So far being at [a] PWI has taught me the value of having a community to fall back on.” (Second-year student)

Do you feel invisible in the everyday campus setting? Why or why not?

A1: “I don’t feel that invisible in the everyday campus setting but I do wish that there was more promotion of our black organizations to the public […] I have noticed that the [non-Black] organizations will have an event and will be given more of a platform to promote it”. (Second-year student)

A2: “From my experience, I actually don’t feel invisible here. I feel like for the most part FAU is pretty diverse and accepting of different cultures. But when it comes to events there’s a clear separation. White kids don’t pop out to black events and vice versa.”

A3: “I don’t feel invisible in the everyday setting  because I am in multiple black orgs and placed myself in black spaces so I feel comfortable.” (Second-year student)

Where do you most feel invisible, if you do?

A1: “I feel the most invisible in the classroom. Considering that I attend a PWI, I was expecting to not see a lot of people like me in smaller spaces. However, it truly surprised me when I observed that I was the only black female sitting in the classroom. When I speak, no one really listens to what it is I have to say or I’m automatically presumed to have an incorrect answer about a topic or an issue.  I feel invisible especially when controversial topics come up and it is hard to voice the opinion of a black woman to white ears who can’t even attempt to understand what it’s like to be not only a minority but a minority that happens to be a woman.” (First-year student)

A2: “The most invisible I felt was when I joined a pre-med org that was predominantly white. There was a major difference in culture, I didn’t feel comfortable or related to anyone there…”(First-year student)

How can we, as the black community of FAU, change these dynamics OR how have we?

A1: “I think overall Black FAU is doing a pretty good job and making students feel comfortable at a PWI. There are so many events to attend that I almost forget I go to a white school sometimes. The only critique I have is that maybe if there was more unity amongst the black orgs on campus.”(First-year student)

A2: “I feel as a black community at a PWI we have changed the dynamics by being present. Our presence alone makes a statement and is what influences everyone else. We are the change, we are the culture, and are what leave people talking and wanting more.”

After reviewing these answers, it seems that overall, we are secure on campus and it mainly comes from the creation of black safe spaces on campus. It’s as if the first step to being properly being represented has already been completed, and now the next step is to maintain inclusivity and equality WITHIN these safe spaces as well as allowing these safe spaces the same representation other non-black organizations receive.

Another thing, however, that should be addressed is that most of the safe spaces we have as black students in college are public. Like one of my anonymous participants said, they struggle with being properly represented in their classroom setting which isn’t as publicly recognized as a club or organization.

This urges me to remind those reading that there are personal struggles of invisibility going on and that as a community we have to find a way to attack poor representation and inclusion on every level. This may be a battle for another day and that’s fine considering how much we DO have as black FAU students.

Until then, we must continue our education experience with positivity and work together in order to attack issues that negatively affect our people.

One thought on “Are we Invisible on Campus?”