Before Tuesday night, the Senate sat at a Republican lead of 50-48. On one end, the Republicans were looking to grab both Senate seats to help keep Majority Leader Mitch McConnell in place as well as keep Congress split between the two parties. On the other end, the Democrats looked to grab both for themselves as it would lead to a tie in the Senate of 50-50 which would be broken by the Vice President-elect, Kamala Harris (D).

Early voting in the runoffs was at record highs across the state, reaching more than 3 million votes cast.  As election night went on, both Democratic candidates, Warnock and Ossoff were up by more than 3+/-  due to early voting results coming in prior to the in-person results.

As in-person totals were coming in, Perdue and Loeffler were cutting into the lead of both Democrat candidates, yet Warnock was able to flip the seat of former Senator, Kelly Loeffler by a little more than 79,000 votes. This prominent victory by Warnock makes him the first African American to ever hold a Senate seat in the state of Georgia.

The other race, featuring Ossoff and Perdue were delayed due to a close race. Ossoff was eventually declared the winner nearly a day later after results confirmed a slight victory by winning a little over 41,000 votes. The confirmation of Ossoff’s win tips the advantage in the Senate to the Democrats and makes Ossoff the youngest senator to be elected into such a position since Joe Biden, who was elected into the Senate at the age of 30 in 1973. 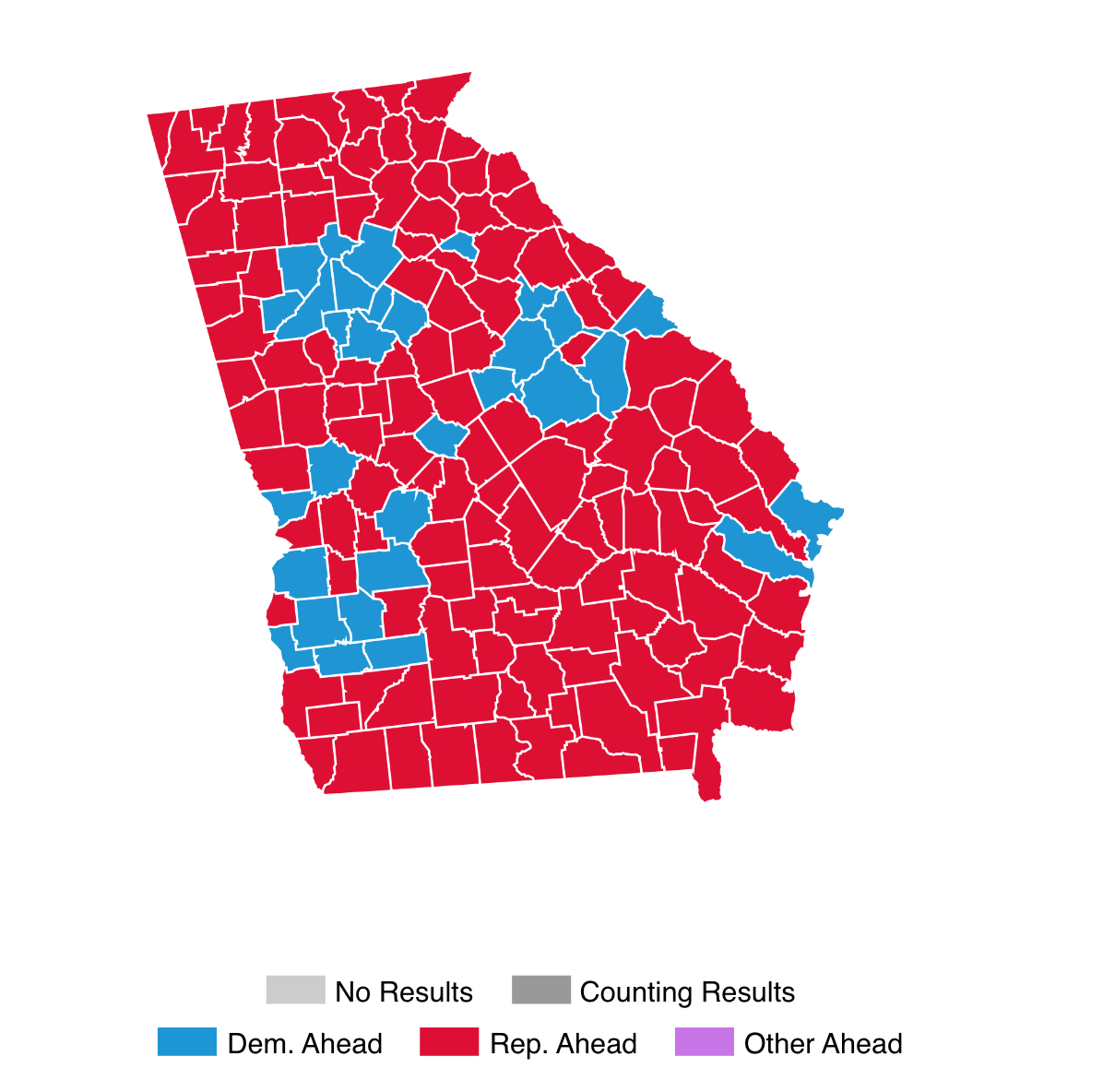 What Georgia Senate runoffs mean for the Democrats:

The win in Georgia allows a clear road for policymaking for Joe Biden for at least the next two years. Many can see more progressive policies passed starting with an increase in the Stimulus Package that would include an additional $1,400 dollars that would give Americans who qualify, a one-time payment of $2,000. This coming after the original Stimulus check that was criticized by many, including President Trump, for including only $600.

Transportation efforts, social justice reform, economic recovery, and climate change implementations are just some of the policies that Joe Biden has campaigned on. Having Congress tilt in his favor provides an exceptional opportunity for Biden to deliver on these promises. While it may be difficult because of needing two thirds in the house and at least 51 out of 100 in the Senate, it is still possible to get things done due to his party being in the majority. Yes, some Democrats may object and no surprise, Republicans too, yet, this is still a big win for the left, yet – it puts all the pressure on Biden to simply deliver.

In all, the historic victories in the runoffs on Tuesday have depicted a respectable representation of Democracy. Despite recent events happening at the Capitol Building, what will not change is the shift of power in Congress as well as who will be the next President of the United States come January 20th. Congratulations to Reverend Raphel Warnock and Jon Ossoff for the victory. More importantly, congratulations to the voters of Georgia for casting your American right of voting in a free and fair election.