On Wednesday, Jan. 6, thousands of angry Trump supporters stormed the U.S. Capitol, disrupting Congress as they were about to conduct the final electoral count to certify Joe Biden’s victory as the President-elect.

The turmoil occurred on the same day Democrats, Raphael Warnock and Jon Ossoff, were victorious in the runoff elections held in Georgia. Their victories meant that Democrats had gained effective control of the Senate. 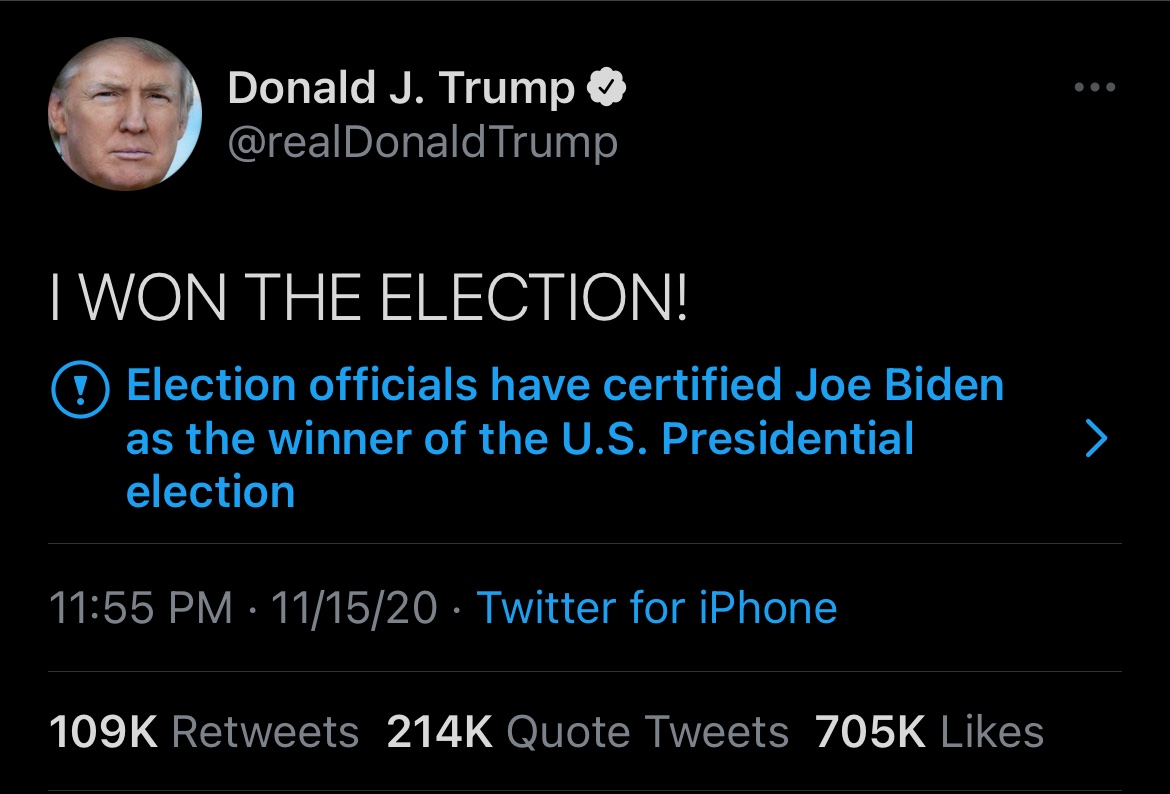 Leading up to the attack on the U.S. Capitol, President Trump instigated the siege by continuously playing into the propaganda that the election results were false. Backed with these unproven claims of fraud and full out lies, to try and overturn an election that he lost.

The actions of the mob took most of the country by surprise. They breached the security line, broke windows, and scaled walls. Many of them ended up in the House Chamber, also known as the Hall of the House of Representatives. At one point, there was a standoff between police officers and the angry rioters that broke through a window. With weapons drawn, this ended in the death of a white woman who identified as a Trump supporter. 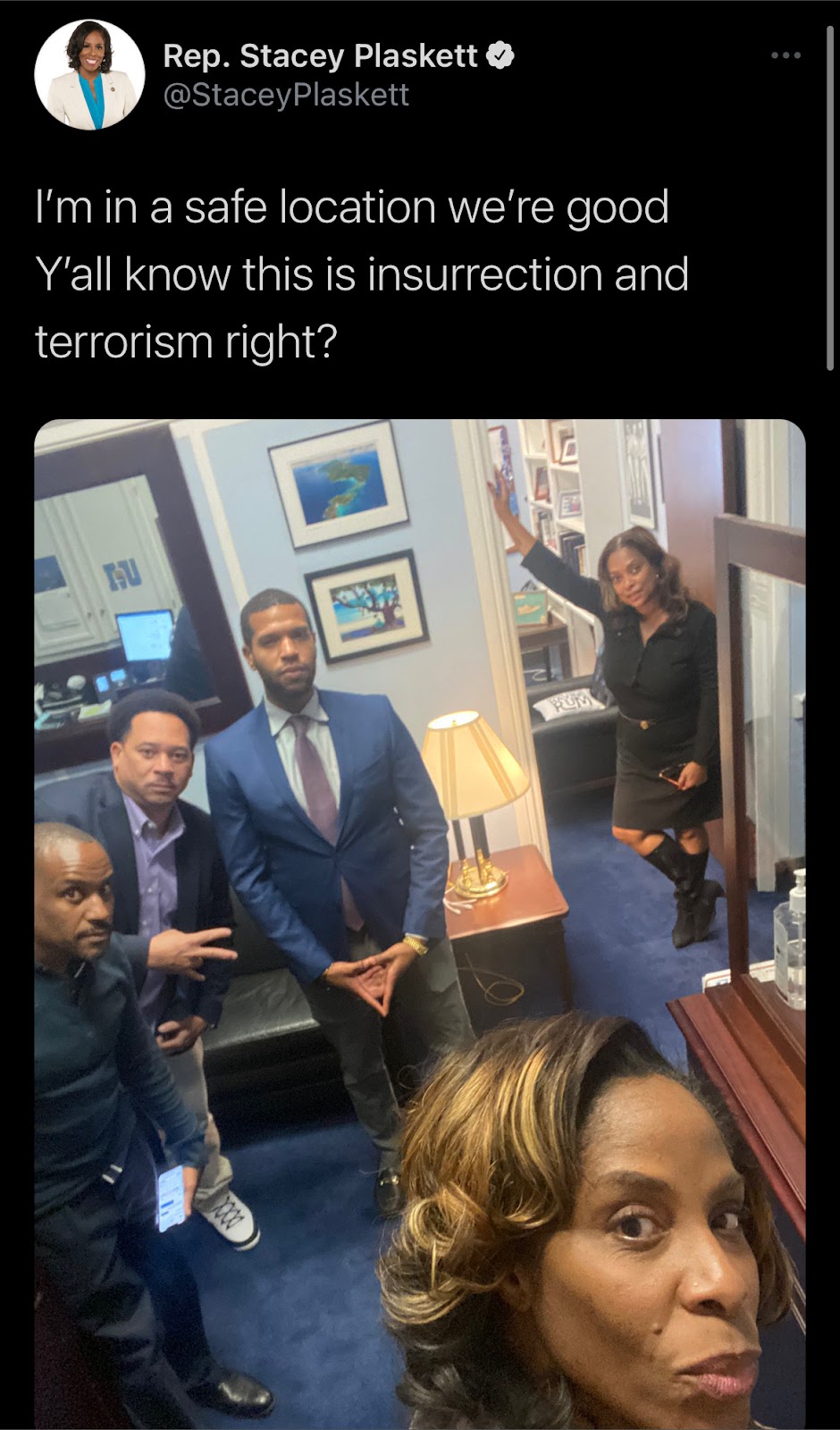 The violence ensued by the mob resulted in lawmakers and staff to go into hiding in their offices and undisclosed areas of the Capitol.

Rep. Stacey Plaskett, who represents the U.S. Virgin Islands, posted a picture to her Twitter account alsongisde her staff members with the caption “I’m in a safe location we’re good…Y’all know this is insurrection and terrorism right?”

As the chaos continued at the Capitol, it showed the stark difference between law enforcement presence in this situation compared to last summer during the height of the Black Lives Matter (BLM) protests.

As thousands of minorities, alongside allies, took to the streets last year to peacefully protest police brutality, following the murders of George Floyd and Breonna Taylor, they were met with tear gas and rubber bullets. Whereas the thousands of Trump insurectionist, that continuously displayed domestic terrorism, were left to continue protesting on their platform of lies and conspiracy theories created by Donald Trump.

President Trump, who previously distinguished the BLM protestors as “thugs,” took to Twitter to state that his supporters that were tearing the Capitol up were justified in their actions because they are “great patriots who have been badly & unfairly treated for so long.”

The irony of it all is astonishing. So, because his supporters — who are made up of mostly white people — felt that they were “cheated” out of this election, that gives them the OK to behave like children who didn’t get that lollipop that they so desperately wanted.

Whereas supporters of the BLM movement, whose main agenda is to put an end to police brutality and the unarmed murderings of Black and brown people, are beaten like dogs in the street for fighting for basic human decency.

Despite a 6:00 PM curfew being issued by the D.C. Mayor, the ralliers remained at the Capitol wrecking havoc. Some were seen taking photos of confidential government documents, destroying the property, and taking selfies with police officers.

It wasn’t until an explosive device was found at the Republican National Committee headquarters, that Trump released a statement telling the mob to leave.

“You have to go home now,” said Trump in a video posted to his Twitter page. “We love you. You’re very special.” Leaving no room for holding the mob accountable and causing several White House officials to hand in their resignation letters following the attack.

This is the country we live in. Where entitled domestic terrorists are able to throw tantrums because they didn’t get what they wanted. They lost, fair and square. The actions they issued following their loss shows that democracy only exists in their world when it benefits them.