These are just some of the sayings that are associated with a few of Florida Atlantic University’s NPHC chapters.

The National Pan-Hellenic Council (NPHC) is a collaborative organization of nine historically African American Greek-letter fraternities and sororities. The nine NPHC organizations are sometimes collectively referred to as the “Divine Nine”.

The NPHC was formed as a permanent organization on May 10, 1930 on the campus of Howard University. Today, the primary purpose and focus of member organizations remains camaraderie and academic excellence for its members and service to the communities they serve.

Whether students like or dislike the members of these respected organizations, they’ll still have to deal with them. Cutting greek life from a college campus is like taking the icing off of a cake.

The fact of the matter is that many students have a plethora of misconceptions regarding these organizations. 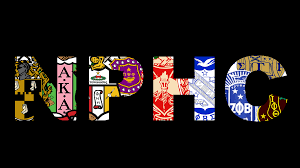 As a member of Alpha Phi Alpha Fraternity Incorporated, it is easy for me to come off as biased when discussing what the stereotypes are. To get a fair and impartial opinion, I interviewed a first-year freshman who prefers not to be identified.

When asked how she perceived the Greeks on campus, she said, “The Kappas were the first fraternity that I saw on the campus. It’s a lot of them, but they’re too full of themselves…. I don’t really see the Ques that often and the Alphas are lowkey but when I do see them, they’re lit! The sororities seem to be on the same page in my eyes but I’ve been to a lot of the Deltas events.”

Hearing a fresh face voice their opinions can give us a glance at who the real yard runners are. When new students have experiences such as this one, it can impact the organization that they decide to choose later on during their college experience.

“All they do is step and stroll.”

“They only throw parties.”

Greek life at FAU contains more than these basic misconceptions. A common problem that I noticed in the Black community, especially at Florida Atlantic University, is the lack of knowledge when speaking about the Greek organizations. Needless to say, they offer far more than just entertainment.

Students involved in Greek life not only have to put on events, but they’re also participating in community service with their respective chapters. They do all this, while balancing rigorous school and work schedules. Despite their drive, balancing so much at once can start to feel overwhelming.

According to a secondary source that prefers to remain anonymous, their first encounter with Greek life on campus was at the Welcome Back BBQ hosted by the Alpha Beta Iota Chapter of Phi Beta Sigmas Fraternity Incorporated at the beginning of the Fall 2019 semester. “I was intrigued the first time I saw the Kappas stroll,” she said.

When asked about the stereotypes about each organization she said, “The Kappas are the pretty boys with the canes. The Sigmas are chill… kind of like the cool uncle at the family BBQ. The Ques are very sexual and nasty and the Alphas have a little bit of everything. They have a piece of all of the other orgs. As far as the girls, I get a boujee and stuck up vibe from the AKAs but never at a personal level. The Deltas seem the most relatable and I don’t really see the Zetas and SGRhos as much.”

When asked about the rumors that she’s heard about initiation she said, “A lot of people say they have PTSD from initiation and being on line, and I’ve heard that there is a lot of kidnapping, beating, and branding.”

When asked what organization she feels does the most on-campus she said,  “I’ve heard of the Kappas doing the most, but it’s more social. I see the Alphas doing more community-based stuff.”

Regardless of what stigma these stereotypes may bring, it is always important to look past them. The members of the National Panhellenic Council have one goal and that is to represent their organizations to the highest standard. Whether this be through community service, social events, or even becoming engaged with and mentoring the youth. As a fellow greek, I am aware that my fraternity serves a purpose bigger than ourselves and that makes all the difference.

A survey was conducted to see which organizations were the most popular at Florida Atlantic University. These were the results:

This story was edited by Rachelle Saint Louis